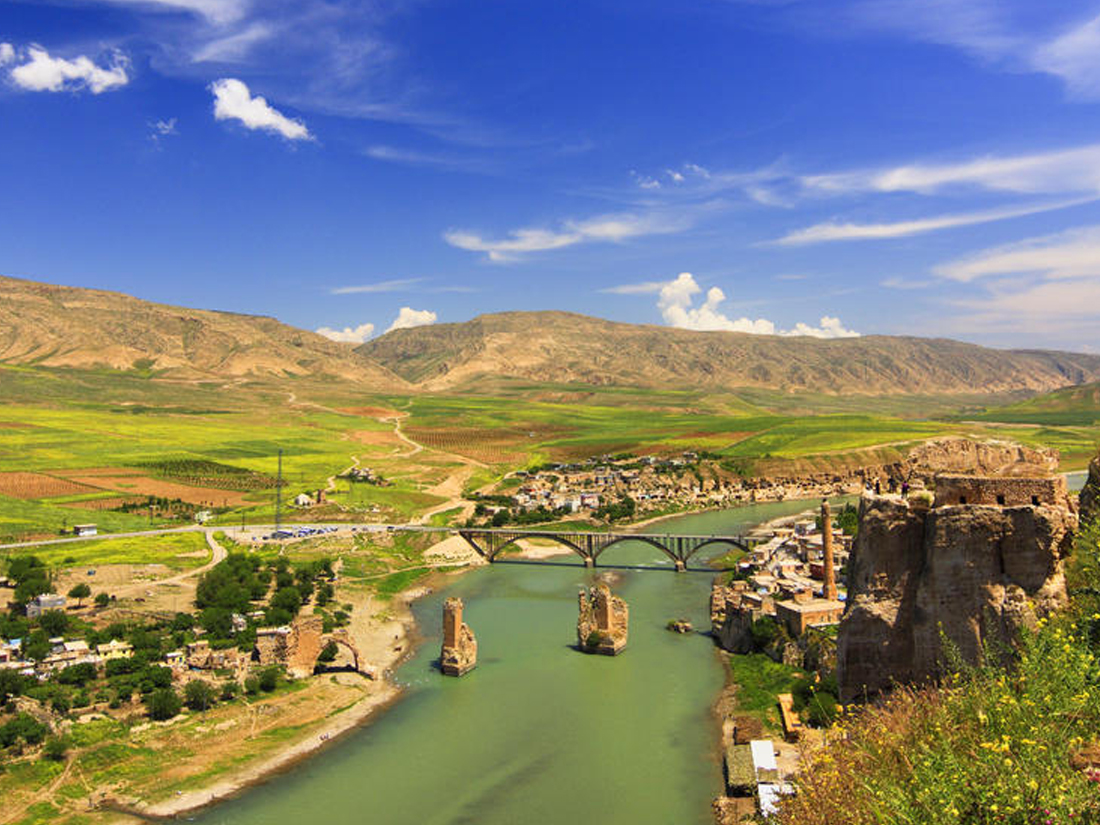 Hasankeyf is an ancient town and district located along the Tigris River in the Batman Province in southeastern Turkey. It was declared a natural conservation area by Turkey in 1981.[3]

Much of the city and its archeological sites are at risk of being flooded with the completion of the Ilisu Dam.

Hasankeyf is an ancient settlement that has borne many names from a variety of cultures during its history. The variety of these names is compounded by the many ways that non-Latin alphabets such as Syriac and Arabic can be transliterated. Underlying these many names is much continuity between cultures in the basic identification of the site.