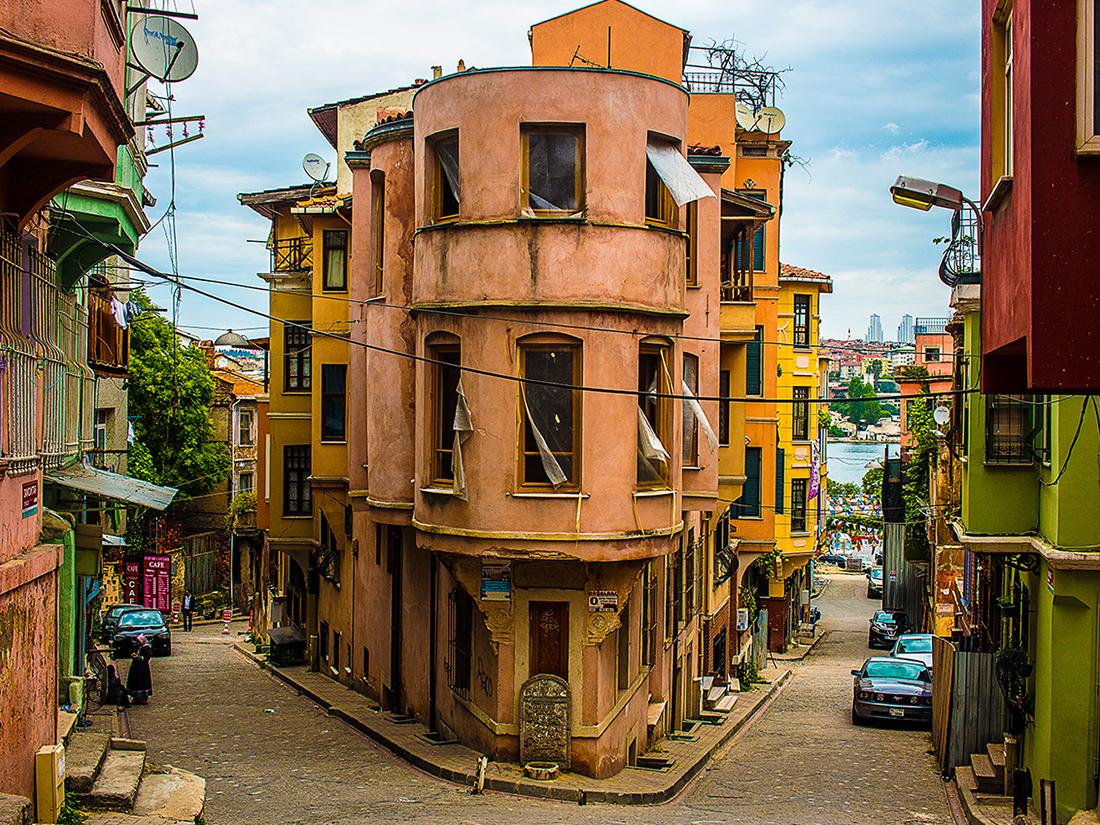 Balat is the traditional Jewish quarter in the Fatih district of Istanbul. It is located on the European side of Istanbul, in the old city on the historic peninsula, on the western bank of the Golden Horn. (Another Istanbul neighborhood deeply associated with Jewish settlement is Kuzguncuk on the Asian shore.) In the present day, the ruins of Poli Yashan (“Old City”), a former Jewish synagogue, are in this neighborhood. Some of the congregation of Poli Yashan went on to find the Poli Hadash, the latter name a mix of Greek and Hebrew terms that means “New City”.[1]

The name Balat is probably derived from Greek palation (palace), from Latin palatium, after the nearby Palace of Blachernae.