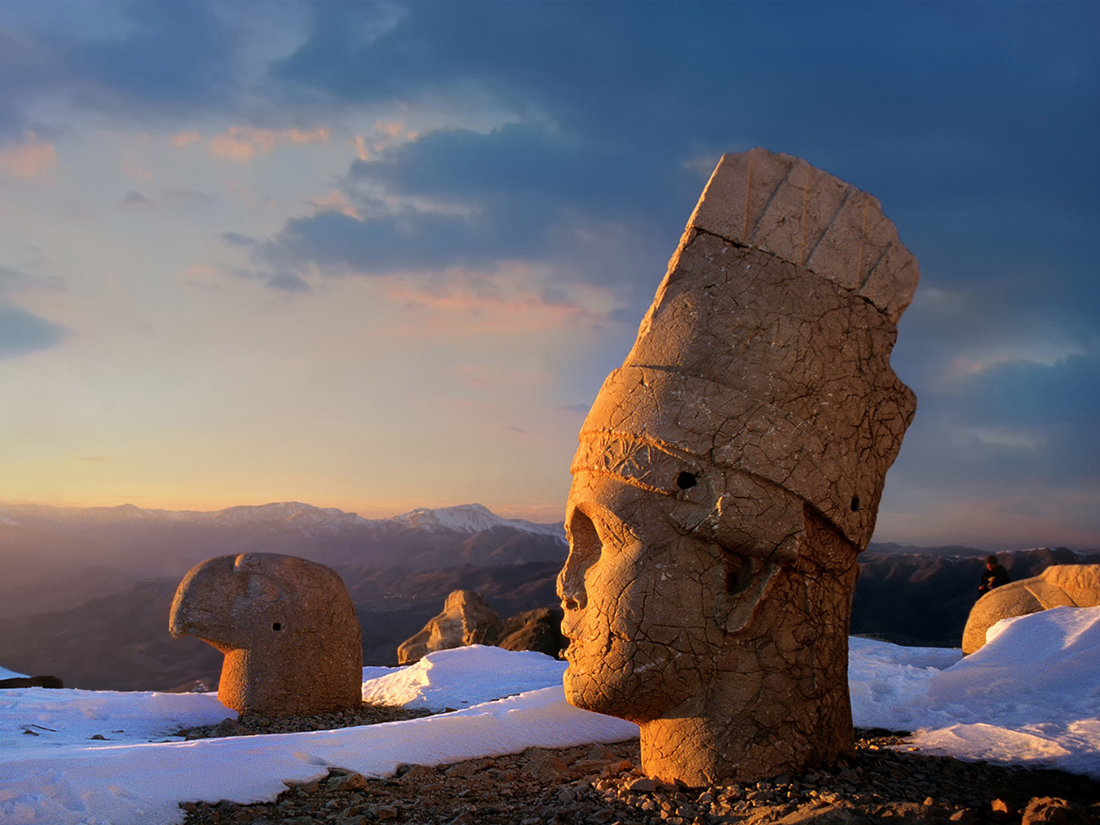 Nemrut or Nemrud (Turkish: Nemrut Dağı; Kurdish: Çiyayê Nemrûdê‎; Armenian: Նեմրութ լեռ) is a 2,134-metre-high (7,001 ft) mountain in southeastern Turkey, notable for the summit where a number of large statues are erected around what is assumed to be a royal tomb from the 1st century BC.

The mountain lies 40 km (25 mi) north of Kahta, near Adıyaman. In 62 BC, King Antiochus I Theos of Commagene built on the mountain top a tomb-sanctuary flanked by huge statues 8–9-metre-high (26–30 ft) of himself, two lions, two eagles and various Greek, Armenian, and Medes gods, such as Zeus-Aramazd or Oromasdes (associated with Zoroastrian god Ahura Mazda), Hercules-Vahagn, Tyche-Bakht, and Apollo-Mihr-Mithras. These statues were once seated, with names of each god inscribed on them. The heads of the statues have at some stage been removed from their bodies, and they are now scattered throughout the site.

The pattern of damage to the heads (notably to noses) suggests that they were deliberately damaged as a result of iconoclasm. The statues have not been restored to their original positions. The site also preserves stone slabs with bas-relief figures that are thought to have formed a large frieze. These slabs display the ancestors of Antiochus, who included Armenians, Greeks and Persians.